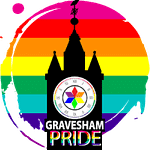 The Borough of Gravesham has a long history of social integration. Ours is a multi-hued and widely diverse population. We have a long tradition of welcoming and enfolding new ideas and new cultures. However, despite having an estimate of over 8000 LGBTQI+ people living in the Borough of Gravesham, and even more visiting for work, education and leisure, we do not have adequate representation and support within the area.

2019 saw the largest number of Pride events held throughout the globe. Pride was celebrated in 53 counties in total and the United Kingdom saw a record high of 83 events. As a result, LGBTQI+ residents throughout the Borough of Gravesham began to show interest in holding one here.

In March 2019 a public meeting was held in order to organise our own Pride event leading to the election of a core committee which has grown in number as the project has progressed. Gravesham Pride is a registered Community Interest Company (No. 12069934) operated by volunteers.

Gravesham Pride CIC is running an LGBTQI+ Pride event on Saturday 14th August 2020 at Fort Gardens in Gravesend with the aim not only to celebrate the local LGBTQI+ community but also to display avenues for support and information as well as draw in a wider audience from other sections of the community to encourage cohesion and inclusion which will raise the profile of the area and promote local businesses, charities and services.

Pride events are annual gatherings that consist of a parade, a staged entertainment event, stalls selling food, drink and products and information stations from relevant organisations. They are held worldwide with the aim to bring the LGBTQI+ community together to celebrate our contributions to society and our achievements. They also aim to highlight how far we have left to go in our search for inclusion. They display avenues for support and information and promote local businesses, charities and services that are accepting of the LGBTQI+ community as well as draw in a wider audience from other sections of the community to encourage cohesion and inclusion which will raise the profile of the area profile as one with equality as its focus.

Why Is Pride Important?